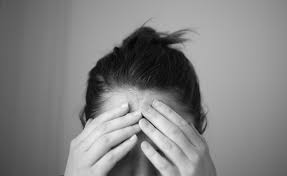 WHY IT IS PREFERRED

But the other side of the coin is that oral sex is too harmful to health. Experts say that it is risky and causes a lot of sexually transmitted infections (STIs).

Dr. Jeanne Marrazzo, who is serving as the director of the division of infectious diseases, University of Alabama, says that Oral sex is not totally risk-free. Yet most of the people take the start of their sexual activity with oral sex.

According to the U.S. Centers for Disease Control and Prevention (CDC), about twenty million new cases of STIs emerge annually.

To block the spread of STIs, there are different measures.

HOW TO AVOID STIs

Several steps have been taken in order to reduce the spread of sexually transmitted infections (STIs).

Until Recently, Dental Dams have been used by most of the people having oral sex.

According to Melanie Cristol, Lorals’ CEO and founder, a Dental Dam is a thin square of latex that can be placed over your partner’s vulva or anus when you engage in oral sex.

But the problem with dental dams is that they are not user-friendly and hands-free i.e. the possibility of slipping out of place is higher.

In order to avoid this possibility, a new type of latex underwear called Lorals has been introduced.

A NOVEL STEP TO ENSURE PREVENTION OF STIs

The newly introduced underwear are called Lorals. Lorals are single-use panties for comfort and pleasure during oral sex. These underwear are thin enough to allow maximum sensations and pleasure, and thick enough to help minimize the transmission of bodily fluids which contain organisms that could lead to sexually transmitted infections (STIs). Moreover, Lorals are worn like underwear. This makes them hands-free and the worries about their slipping out of place are minimized.

These novel underwear have been approved by The Food and Drug Administration (FDA). This, according to Courtney Lias, director of the FDA office, makes the underwear gain maximum credibility from the buyer.

Before the FDA’s approval for Lorals underwear, the only product authorized for protection during oral sex was a dental dam, details about which have been mentioned above.

An advertisement for the underwear explains that these underwear are made from natural latex and that they block bodily fluids, harmful pathogens, and STIs.

Lorals are safe because FDA has approved them. Cristol said that they had to test the underwear to ensure that they do not cause cytotoxicity, irritation, or sensitization to the human body.

Finally, they had to prove that the product would retain its integrity throughout its two-year shelf life.

Lorals’ CEO, Cristol, said that they conducted hundreds of tests and that Lorals successfully passed all of the FDA’s requirements.

The guide to using Lorals properly can be studied on the internet.

Trick Work is Part of Tom Cruise Identity
Next Article