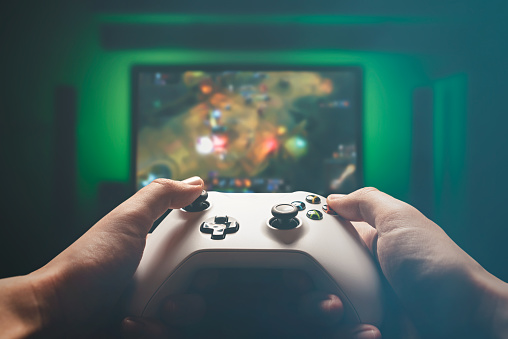 According to research at Karolinska Institute, Sweden, playing video games improves the intelligence of children. Whereas watching TV or social media neither improves nor deteriorates their intelligence.

This research studied how long exposure to screens impacted their cognitive abilities.

Today, children are giving much of their time to screens. There is an ongoing debate on the pros and cons of this habit. Moreover, Karolinska Institute and Vrije University Amsterdam studied the mutual relationship between screen habits and intelligence.

9,000 plus boys and girls in the US were the subjects of the study. Their general cognitive abilities were tested. Inquiry about how often the children watched tv, played video games, and engaged with social media was conducted from their parents and the children themselves.

On average, the children who were under observation watched TV for 2.5 hours a day, engaged for 30 minutes on social media, and played video games for an hour.

According to the results, children playing games more than the average had improved their intelligence by about 2.5 IQ points.

Torkel Klingberg, professor of cognitive neuroscience at Karolinska Institute, said that nothing could be said about their physical activities, such as sleep, well-being, or school performance. Because they had not tested the effects of screen habits on physical activities.

He added that their results were in favor of the claim that screen habits generally didn’t damage children’s cognitive abilities and that playing video games could help improve intelligence.

The results also support a recent research that showed that intelligence was not constant but could be influenced by environmental factors.

Torkel Klingberg further said that they are keen to study the effects of more environmental factors on children’s cognitive abilities.

The limitations of the research are that

• it only studied US children

This makes the generalizability lower. The results can not be generalized to other countries’ children.

Video games improve the intelligence of children by nearly 2.5 IQ points above the average.