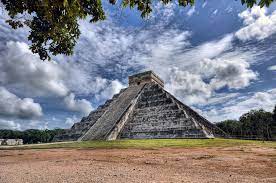 Study Finds That Ancient Maya Installed Gemstones In Their Teeth
SHARE
The ancient Maya civilization has stunned the world with its fascinating cities and temples. By its introduction of the concept of the number zero (0). And by its unexpected and unusual fall.
But one fact about the ancient Maya civilization is novel to many. It is that the citizens of Maya society used to decorate their teeth with gemstones. They directly inlaid gemstones into the enamel.
According to a fresh study published in the Journal of Archaeological Science: Reports, this method may have been commoner than thought earlier. The study also says that the Maya people were incredibly good at the dental procedure.
They used to take good care of their teeth by regularly cleaning them and filling them into oriented shapes for some supposed ritual reasons. They also used to place semiprecious stones in their teeth.
The following types of gems have been found in teeth from burial sites:
1. Hematite
2. Jadeite
3. Turquoise
4. Iron Pyrites
5. Quartz
6. Cinnaber
7. Serpentine
It was the one of the key motivations for this study to learn how these people managed to conduct such a risky surgery. It requires opening a deep hole in the tooth, fixing a stone and sealing it. A small error can cause a huge disciform in such a risky operation.
Eight teeth from sites which once were a part of the Lowland Maya civilization were selected. Those teeth can be treaced back to the first millennium.
Merely glue could not fix the stones in place. The Maya cement which was a complex mixture, surprisgly, having medical benefits.
In some of the samples Pine resin was found. It has numerous antimicrobial qualities.
Some of the samples had traces of sclareolide, which is used in cosmetics. This product has antibacterial and antifungal traits and could transfer these benefits into the cement also.
Oils mint related plants were also found, which have antiinflammatory effects.
The study suggests that the procedure was common and not merely for the elite classes. Because the study noted that most of the remains seem to be belonging to middling socioeconomic classes.
The results show that this complex method was once much common. Also it expresses another sign of cleverness of the Maya civilization.